The Quid Pro Quo of Automation In Google Display Ads

The Google Display Network and its vast trove of web placements has long daunted ordinary marketers. Its breadth and depth of placements and targeting capabilities creates confusion — and in turn, lackluster performance.

Here at Jump450, we have found numerous ways to profitably scale performance marketing campaigns on the GDN, and it all comes down to a quid pro quo: What will you give to Google and what will you keep for yourself?

Turning over the keys of automation to Google has proven to be a successful strategy for marketers on Search, App Campaigns, Shopping, and many other marketing channels. But why do so many marketers get it wrong on the GDN?

What we’ve found in the hundreds of accounts we’ve audited is that it comes down to an over-reliance on automation. Too many marketers too quickly pivot to auto-bidding, targeting, and ad creation before discovering what is truly converting, or they give Google a data dump of all of their creative without strategically doing the work to understand what combinations and creative contexts are actually converting.

Today we will take you through a few examples of how you can find the balance between leveraging automated and manual strategies to scale your GDN campaigns profitably.

Kicking off a GDN campaign is almost undoubtedly going to come with low performance. That should be expected and predicted. You can think of the GDN as a billiards table and each marketing campaign reveals a square on the table. As you test more, more of the board is revealed and the better you can play.

For Google Display campaigns, we recommend always starting with manual bidding, such as manual CPC, and even starting with a very low CPC bid. This will allow you to map the curve or the relationship between bids versus clicks. If you start too high, it will be difficult to ramp down your bids and understand where your clicks are. Starting with a low bid will allow you to methodically increase your CPC bids relative to the conversion rate or cost per conversion each individual ad group has.

During week 1 of your efforts, you should expect no more than a 50% ROI (or 2X your CPA target) with a goal of achieving breakeven by week 3. The goal should be to focus on the long term profitability of the channel. Building the right conversion signals at a domain or account level to start will be the dry powder your campaigns need to eventually scale. The quid pro quo here is giving yourself the manual controls early on to build in the right conversion signals. If you try to automate too early, Google will not have learned enough and your campaign will face a significant roadblock to scaling. Keep learning yourself before giving over to Google automation.

Google has made a lot of progress with respect to creative automation. During the last few years, they’ve unveiled responsive creative technology which can automatically transform the creative you give it to perfectly format your ad to the most relevant placement/ad size. No more worrying about 200x200 / 300x250 and reworking your ads in Photoshop whenever you want to make a small edit or tweak. Now, it’s as easy as uploading text, image, or video variants to create iterations of your ads.

But, the big challenge we’ve seen is that Google does not showcase creative item performance in the way most performance marketers need. The creative performance report assigns a “google label” to how the individual creative item is performing. Often this is based on CTR or an arbitrary combination of factors determined by Google. Often, we’ve seen that optimizing or making decisions based on this Google rating can be disastrous to a campaign. The quid pro quo here is only giving Google one element of creative to automate, while holding other elements constant.

For example, if you are interested in testing 3 headlines, 3 descriptions, and 3 images (excluding other creative variables for simplicity), instead of giving 1 responsive display ad all of this creative you should hold 2 of these variables constant and break out the 1 variable you are interested in split testing. This way, as you are running traffic you can directly understand the performance on that individual creative element.

In the top part of the photo above, you can see that most marketers would run responsive display ads using the top example: throw all of your creative into the ad and see what overall performance you get.

In the bottom part of the photo above, you can see we broke out all of the headlines into their own responsive display ads while still giving Google all of the descriptions and images to automate. This is the quid pro quo — give Google something and keep something for yourself. One for them and one for you. In this way, you can see that it was actually headline #2 that was best performing and all of the other headlines could be cut (assuming statistical significance across all here).

After you’ve discovered which headline is the best performer, you can restart this process by selecting headline #2 and then breaking out all of the images into their own responsive display ads. The process continues from here. Once you’ve found the individual isolated elements that are going to be best performing it’s important to continue to test through new creative as a never ending process of split testing.

I hope this information was helpful in showcasing the quid pro quo of leveraging Google automation in the GDN. Remember, you must keep some control over your bidding and creative before turning over the keys of automation to Google! 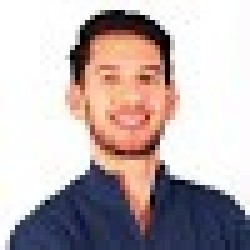